We use cookies to give you the best possible experience on our site. By continuing to use the site you agree to our use of cookies. Accept
Home/Blog – News and Resources/Lesson ideas/Our Top 10 Children’s Authors

Ahead of World Book Day (7th March) we’ve selected our top 10 favourite children’s authors, in no particular order. This list is designed to help you encourage children of all ages to pick a book they will love to read. Will your favourite feature in our list? Read on to find out.

Reading and literacy is a key focus here at Supply Desk. In May 2018, we launched our Love to Read intervention programme. This was designed to address the shocking statistic that 1 in 5 school aged children can’t read. Access to a range of reading material, and developing a love of reading, plays a huge part in a child successfully learning to read.

First on the list is probably our best known and loved children’s author, Roald Dahl. His imaginative stories have sold more than 250 million copies worldwide. They continue to delight audiences to this day. Dahl’s stories are usually told from the point of view of the child. We see that child triumph over typically adult villains, who hate and mistreat children. His whimsical fantasy stories champion the good and kind-hearted with an underlying warm sentiment. However, they are often juxtaposed with grotesque, darkly comic situations and characters. The Twits instantly spring to mind. The hideous, spiteful couple and the nasty pranks they play on each other. Dahl encouraged his young readers to let their imaginations run free. In addition, he was famous for his inventive, playful use of language.

Other works include: The BFG, Matilda, Charlie and the Chocolate Factory, Danny Champion of the World and Fantastic Mr Fox.

JK Rowling is responsible for creating one of the most famous and widely loved children’s characters in the world. Harry Potter and the Philosophers Stone was first published in 1997 when JK Rowling was teaching in Edinburgh city schools. Six further titles followed in the Harry Potter series, each achieving record-breaking success. The books have been translated 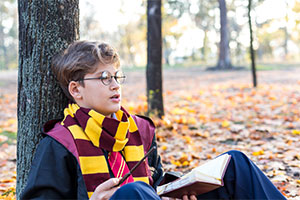 into 80 languages, won multiple awards, and sold more than 500 million copies worldwide. Making it the best-selling book series in history! The Harry Potter books are amazing stories of friendship, coming of age, redemption and the classic good versus evil. Their complex, but not inaccessible, plotlines help to develop a child’s comprehension and love of reading. The stories can spark imagination with the rich use of language and the books also feature strong male and female role models.

Author of the modern classic, The Curious Incident of the Dog in the Night-Time, winner of multiple awards and accolades, Mark Haddon definitely deserves a place in our top 10. The Curious Incident is uniquely written from the perspective of a 15-year-old boy with Asperger syndrome. In an interview, Haddon claimed that this was the first book that he wrote intentionally for an adult audience. Therefore, he was surprised when his publisher suggested marketing it to both adults and children. The funny, touching and compelling adventure story has gone on to be hugely successful with both adults and children alike. Despite some controversy over the use of swearing. Recommended for a 13+ audience. His previous works for children include Gilbert’s Gobstopper and Toni and the Tomato Soup. 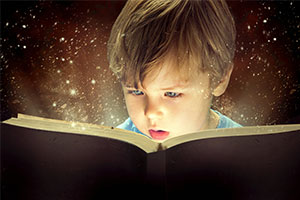 Best known for her children’s books featuring animals, Beatrix Potter has been delighting children for generations with her stories, first published in 1902. A keen natural scientist and conservationist, in total, Potter wrote 30 books. The most famous being her twenty-three children’s tales featuring the Tale of Peter Rabbit, Squirrel Nutkin and other much-loved characters. These delightful tales featured beautiful descriptions of rural countryside and the imaginative qualities she gave to her charming animal characters. Long before she was a published author, Beatrix drew illustrations of her characters. Her earliest artist models being her two pet rabbits, who went on to feature in her books. Her whimsical stories have a timeless quality, and, to this day, 2 million of her books are sold across the world each year.

Other works include: The Tale of Jemima Puddleduck, The Tale of Mrs Tiggwinkle and Cecily Parsley’s Nursery Rhymes.

A relatively new addition to the children’s literary scene, but considered by some as the heir to Roald Dahl, David Walliams is regarded as one of the most talented and laugh out loud funny children’s authors. His first book, The Boy in the Dress, was published in 2008 and illustrated by Quentin Blake. Who illustrated many of Dahl’s own works. Writing for children from as young as 3+, with picture books like, The Bear Who Went Boo, to older children 8 and above, Walliams touches the hearts of children with his humour. He crafts outrageous comedy baddies and hero children who are relatable and feel ordinary. He manages to bring warmth and silliness to difficult subjects’ children could be facing in their own lives. From the boy who didn’t fit in (The Boy In The Dress) to a man who everyone avoids because he smells (Mr Stink). Dick King-Smith was a soldier, a farmer, a family man, a primary school teacher and most memorably to his millions of fans, a best-selling children’s author. King-Smith has penned some of our favourite stories for children of all ages, including The Queen’s Nose and Sophie’s Tom. Dick was fifty-six when his first book, The Fox Busters, was published in 1978. It was an immediate success and from that point onwards, Dick was unstoppable. Dick enjoyed writing and children adored his stories. Many of which were based on his farming experiences. The Sheep-Pig, later adapted into the popular film, Babe, is a delightful tale full of gentle humour. It has short chapters, making it ideal for early confident readers, especially young animal lovers.

Other works include: Martin’s Mice, The Hodgeheg, The Water Horse and Harriet’s Hare.

Despite her books being subject to controversy due to themes of adoption, divorce and mental illness, former Children’s Laureate, Dame Jacqueline Wilson, is still one of our most loved children’s authors. “Her characters never needed a cape or a special power to be a hero to generations of children; just huge imaginations, a bit of fierceness and a big heart” (Penguin Books). Her most famous series, featuring the plucky and delightful, Tracey Beaker, has won numerous awards. Wilson writes about realistic and unconventional families and friendships that children can relate to. Her ability to comfortably step into the mind of a child makes these stories come to life for young readers.

Other works include: The Hetty Feather series, Rent a Bridesmaid, The Butterfly Club, My Brother Bernadette, Monster Eyeballs.

Sir Michael Morpurgo, Children’s Laureate 2003 – 2005, has written many treasured children’s stories. His most famous story, War Horse, has recently been adapted for radio, stage and screen. Morpurgo’s work is noted for its “magical storytelling” and features recurring themes such as the triumph of an outsider or survival. His characters’ relationships with nature and animals are also a key characteristic of his writing. So are his vivid settings, such as the Cornish coast or World War I.

Other works include: Private Peaceful, Why the Whales Came, The Butterfly Lion, Poppy Field and Grandpa Christmas. 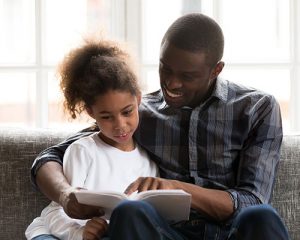 Born in Germany, of Jewish background, Judith came to Britain with her family in 1933 amid the rise of the Nazis. As a successful writer and illustrator, she has created lots of enduring children’s fiction. These include the Mog picture-book series, and one of our personal favourites, The Tiger who Came to Tea. Kerr came up with the idea for The Tiger who came to Tea after suggesting it to her two daughters, as a way to overcome their boredom. The concept exemplifies her story-telling style, turning terrifying situations into exciting and pleasurable adventures. When Hitler Stole Pink Rabbit, a story for older children, gives a child’s eye view of the Second World War. The book deals with difficult subject matter in an age-appropriate way.

Other works include: How Mrs Monkey Missed the Ark, One Night in the Zoo and The Crocodile Under the Bed.

Best known for Northern Lights, the first book of the His Dark Materials trilogy, and winner of the Carnegie medal for children’s fiction in 1995, Sir Philip Pullman is well deserving of a place in our top 10. He is an incredible fantasy writer, a spinner of the finest fairy tales, creating rich and imaginative characters and worlds. Transporting children and young people to new and fantastical realms and expanding their imaginations and love of reading. Supporter of the 2014, Let Books Be Books campaign, against the labelling of books as “for girls” or “for boys”, Pullman said “I’m against anything, from age-ranging to pinking and blueing, whose effect is to shut the door in the face of children who might enjoy coming in”.

Other works include: The Subtle Knife, The Amber Spyglass, Lyra’s Oxford and Once Upon a Time in the North.

For more information on our Love to Read programme, or to book an intervention programme for your school, click here or contact us today on 0800 027 2737. 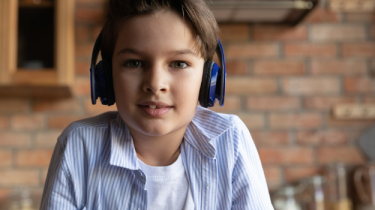 A Tribute to Our Incredible Educators